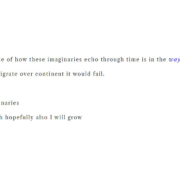 The recorded discussions in Untitled meetings and festival events are processed through a machine learning algorithm. This process picks up parts of sentences and individual words that accumulate and mix in the ever increasing database. The algorithm forms new connections between various textual elements based on machine learning models that analyse the context and statistical properties of individual words and phrases.

The machine learning model aims to bring light to emerging and new connections between textual nodes, and reflect on various alternative meanings and paths derived from the language used within Untitled discussions.

Privacy and anonymisation of data is a core function of the artwork. All the conversations recorded in Untitled events that are used for Associate, are processed in a way that it is impossible to identify an individual speaker.

The first version of the artwork is displayed online on its own website. This version creates new textual interpretation clusters and poetic variations from the Untitled discussions, ultimately aiming to foster the creation of Untitled’s own unique discourse engine.

Associate uses a statistical machine learning model that has been trained by the Common Crawl dataset, and by the OntoNotes source material from the University of Pennsylvania. The work accumulates ever expanding textual material from the Untitled discussions and produces novel statistical vectors between the various meanings of words and concepts. Over time the work trains a model that is unique to the language used by the Untitled community and platform.

The artwork aims to encourage us to use big data as a tool and resource for the various communities, movements, and other non-commercial organizations, that aim to create a more just and fair future society for all.

The artwork can be found on the following link: associate.associates 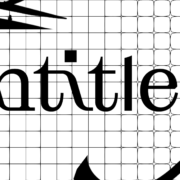 When we built the UNTITLED alliance, we were asking people to reimagine what a fundamentally different society could look like. At the time that was a big ask. Today it seems like one of the most pressing questions in the world.

Amidst near zero visibility some patterns are emerging. One of the most intriguing is the idea of leaping forward, instead of bouncing back. As a response to the pandemic we are launching Untitled immediately and open-sourcing our methods. In this we need your help.

To quickly respond to the increased need for reimagining the global agenda we will step up our game now by: 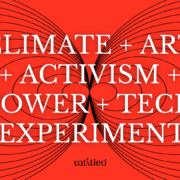 In his Prison Notebooks, Antonio Gramsci wrote: “The crisis consists precisely in the fact that the old is dying and the new cannot be born; in this interregnum a great variety of morbid symptoms appear.” The sentence has resurfaced from obscurity to truism in a matter of years.

Gramsci wrote the now popular sentence in Mussolini’s prison. The immense scientific, technological and philosophical changes of the early 20th century had led to an intertwined and seemingly endless crisis in politics and economy.

The run amok capitalism was challenged by fascism and communism with fatal consequences.

Instead of linear progress, Gramsci argued, the world had entered an era of no-rule, an interregnum, an era between eras where there is no unifying narrative, no hegemonic discourse, no one ideological order but confusion that political ”monsters” could exploit.

Once again it feels like the old era is dead and the new one cannot be born. It is as if someone pressed ”pause” in the development streaming service.

What is stopping us from pressing play again?

In our view it is not the lack of resources, knowledge, goals or even motivation, but our inability to imagine a different way of living together and lack of courage to experiment with what we imagine.

We are richer than ever. Technology diffusion is at a historical high. Consequently, amazing tools, products and services produced at next to zero cost. Many of the world’s biggest countries and companies have signed ambitious sustainability goals. Ordinary people from all walks of life people are increasingly motivated by what they can give, not what they can take. Environmental consciousness is at an all-time high, climate change is at the top of societal concerns in many countries.

What if our real enemy is not – populism, crony capitalism, authoritarian communism, monopolies, social media, filter bubbles, climate deniers and delayers, greed, lack of empathy, car dependency, patriarchy, fake news, stress, anxiety and depression – but our own limited capacity to imagine and experiment, dream up and create.

It seems as if we have forbidden ourselves from envisioning a new era that could be about more than just survival or limiting the risks. We are failing time after time with what it is to imagine a world that is genuinely better.

You can see why it’s happening. In the era of linear progress we adopted a technocratic perspective. We filled our minds with benchmarks, best practices, targets, goals, roadmaps, data and key performance indicators. We assumed that, if we just do the same thing as before but in a better, more efficient, agile, lean and sustainable fashion, our civilisation will not collapse. This worked for so many decades it was sure to work again! The system that lifted billions out of poverty and put networked supercomputers in their hands, would surely take away the intertwined crisis in politics, earth systems, social mobility and mental health!

We keep failing to see the difference between what is and what can be.

We are not prisoners of Mussolini, but of our own success. We halved poverty and increased the number of girls enrolled in schools to the same level as boys in a few decades, thanks to our focus on doing the same thing faster. However, this very same technocratic attitude has now become our prison. It is now preventing us from understanding the scale of the societal transformation we are in and the speed with which it comes at us.

Our lack of imagination prevents us from seeing the obvious. This is why the current conversation is not about how to transform the world for better, but about how to save the old world from dying.

At UNTITLED we dream new and better dreams. We dream them together. What they are, we do not know yet.

This is why we are UNTITLED.