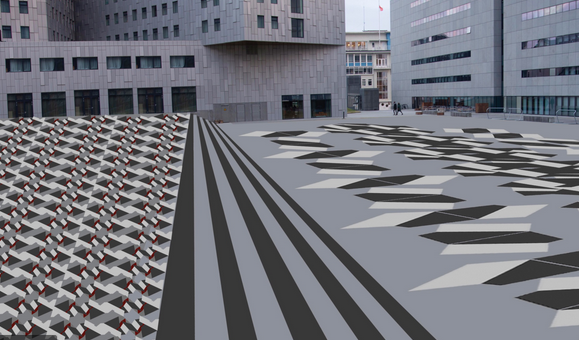 A parallel polis is a space of human creativity and agency that connects all citizens to practical solutions to our environmental, social division and well-being crises. In this session you are invited to imagine a parallel polis through architecture that can connect community agency-networks (CANs) locally and internationally and sketch its potential impact.

A parallel polis is constructed out of:

This parallel polis is fundamentally autonomous, but has the capacity to partner with governments to create improved outcomes for people and the planet. Its main attraction is future-oriented creativity that recognises our collective need for agency, meaning, purpose, freedom and belonging.

We begin this session by looking at the psychosocial needs and resources of the polity to set the tone of the ‘onto-shift’ – a reorientation of people power from homo economicus to homo ludens: every person is a creative, capable of playing our way out of crisis.

We continue by inviting you to design the architecture that can connect CANs in towns and cities, through regions to an international network of people’s parliaments. What kinds of constitutes can successfully contain people power? What tools and practices can enable relational governance? What sense-making tools can help interpret the diverse desires and imagination of citizens? Where do citizens and people’s assemblies fit in? What tech is useful, what is not? What new currencies can enhance the viability of the CAN of CANs?

We are hoping to attract builders of the parallel polis, including:

We started The Alternative UK in 2017 on the day that British MP Jo Cox was murdered. We were clear that the party political system operated through opposition and could not bring people together to face the multiple crises of this time. Across Europe and the US, only 2% of people are members of political parties. Any promising progressive political agenda can easily be hijacked by those who know how to manipulate social media.

After nearly five years of observing the innovation and self-organising outside of the mainstream of socio-political-economic systems we were convinced that the key to transformation was to harness human agency cosmolocally through community agency networks (CANs). These are not formal, bureaucratic organisations directed by authorities, but responsive, creative and ambitious spaces where any and every element of a new socio-political-economic system can gather. They have diverse forms and styles of agency, held together by careful facilitation, capacious narratives and the best of relational tech.

In these spaces, every kind of citizen can experience participation and the chance to create a future they can look forward to. With civil society and social entrepreneurs at the core, their work is not voluntary, but constantly generating community wealth and a growing 4th sector economy.

The session is led by Indra Adnan & Pat Kane