In 2000, 11% of the global labour force was in Africa, and 25% in China. By 2100, 42% of the global labour force will be in Africa, and only 8% in China. As our future narratives are increasingly orientated towards a technology-driven world, where do all these people figure in? This session led by Chipo Hamukoma investigates the stories we tell ourselves about the future of work and the ones we’d like to be true.

Agenda track: 3 Civic imagination
Session type: New narratives
Interaction level: Most of the time
Movement level: Some (Warm up at the beginning)
Screen need: Good to have

Our imaginations of the future are largely embedded in the past. New narratives of the future are shaped by climate realities and corporate forecasting. What does it mean to pause and collectively imagine a new world of work that honours the things we know to be true and creates space for more possibilities?

My name is Chipo Hamukoma, Research Manager at Harambee Youth Employment Accelerator. I’ve worked with governments across Africa solving complex problems in challenging contexts and am now exploring how to get more young Africans engaged in income generating activities.

I grew interested in understanding the future when I led a project on the Future of African Cities. Which gave a really granular perspective on how to build cities for the future.  My current work is in solving youth unemployment in South Africa and that puts me at the intersection of futures and work. With our narratives about the future as old as they are, there’s a really interesting opportunity for us to introduce contemporary hopes and dreams to the stories we tell about the future.

This festival session will be a collective intelligence exercise in identifying 3–5 core principles to improve the nature of work, created for people who enjoy thinking, complex problems and creating.

From the insights developed in this session we can work towards distilling the fundamental nature of work, focusing on the ideas that will allow for more inclusive advocacy in discussions of the post/inter-Covid future of work. 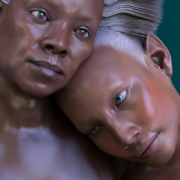 How can we provide care to an aging population? What does the future of fair work look like? These are big questions facing the Western world. The mainstream fit-for-all solution of the past decades appears to be “efficiency”, treating care provision and almost any work the same as producing cars in a factory. Autonomy, an independent London-based think tank focussing on the future of work, proposes new models for critical parts of the economy and work, including eldercare.

Over the past two years the urban research branch of Autonomy has been developing New Foundational Infrastructures (NFIs). These NFIs are municipalist models to build fair local economies. In this ongoing series of proposals, Autonomy articulates a vision for worker-led and community-owned services and hardware.

NFIs propose a new set of foundations for local economies: an environment where trade and work is anchored in solidarity and sustainable practices. So far the proposals have focused on smaller players and more marginalised workers, identifying lodestars around whose struggles we can start reorganising services and workspaces.

The proposals focus on three increasingly critical parts of the economy: eldercare, SME logistics and desk-work. Though responding to different needs and conditions, they share a common logic and set of ambitions: community ownership, worker control, public funding and place-based strategies. They articulate the vision for a future where – instead of being commodities – workspace, equipment and infrastructure are shared assets of a commons of work and enterprise.

During the session Julian Siravo, an Architect and Urbanist from Rome who leads the urban team at Autonomy, poses questions about the role of municipal institutions in building worker power and community autonomy and takes us through the processes that underpin the project’s stakeholder engagement and design. The session is designed around “stress testing” their model for Long Term Care Centres with the participants.

The session is beneficial for example for people working for municipalities, public sector, NGOs as well as for care workers and care entrepreneurs, community activists, trade union and future of work actors and anyone finding these topics central.

Autonomy is an independent think tank that focuses on the future of work and economic planning. It provides economic analyses, policy proposals and on-the-ground solutions with which to confront the changing reality of work today. Their aim is to promote real freedom, equality and human flourishing above all.