Anthony Zacharzewski hopes that Untitled will be a place where to reimagine democracy. What if a renewed participatory system allowed for a better inclusion of civilians?

Anthony Zacharzewski @anthonyzach
Founder and president of The Democratic Society,
A non-profit organization focusing on civic participation and new models of governance, www.demsoc.org

Thanks to the profound experience in the political and administrative fields, Anthony decided to found the organization with the aim of imagining a new type of democracy, which may lie in unusual places or is not connected to the classic 19th century schemes. To achieve this, he believes it is important to re-design the timing of participation within contemporary democracies, which often offer political elections every few years or online consultations in rare events (such as referendums).

Examples of recent system changes can be found in Belgium, where some administrative areas have set up assemblies for the representatives to meet four times a year, in order to discuss and better understand the problems affecting those regions. In a similar way, but on a different scale, Poland operates at city level. While we are still in the early days, it is a sign that democracies are at the beginning of a systematic change, which will inevitably force them to honor the pacts made for decarbonization.

What could the new democracies look like in ten years’ time?

Anthony’s hope is that issues such as climate change will not remain just temporary trends, but will increasingly include a human dimension, thanks to a renewed participatory system at the civil level. Therefore it is necessary to understand how to bring democracies closer to people’s everyday life by setting up new organizations, which promote collaborative and participatory actions within the population and its representatives. In the next ten years, it is expected and hoped that these ways of managing local communities will be consolidated and rooted in other global democracies as well. For example extra-European countries, such as African governments, which have seen fast growth in the last decade and offer tremendous potential. 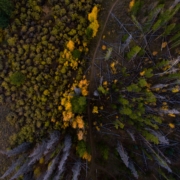 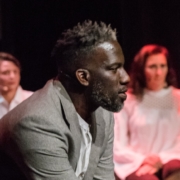 (c) Hugo Lefèvre "What if we build a new world from the perspective of the marginalised?" by Tundé Adefioye [BE] // ART & IMAGINATION